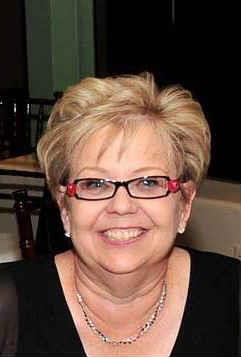 Click Here to log into your personalized account that I've set up for you on MLS - the real, live, and official MLS that all  agents use

You will be able to view properties like an agent and then tag properties as "saved" or "Hidden".   You can also save a search criteria or save properties to your own collection, or even post favorite homes on Facebook!

If I haven't set up your personal account for you, please contact me by phone, text or email me at jampalumbo@gmail.com.  I guarantee you'll love it more than that home site that starts with a 'Z' !

Search for a Home

If you'd like to search for a home to purchase or rent, please visit this link, start the process -CLICK HERE

Mortgage Rates are On The Move

Mortgages rates increased last week as a number of Fed speakers, including Fed Chair Janet Yellen, gave clear signals that the Fed is likely to increase rates for the first time in 2017 at the March 14-15 FOMC meeting. Fed speakers are on media blackout this week ahead of next week’s meeting, but gave clear signals to the market last week, with almost all speakers hinting that an increase is probable. Janet Yellen noted in her speech to the Executives Club of Chicago that full employment had been achieved and that the inflation was moving towards the 2% target. She further stated “at our meeting later this month the Committee will evaluate whether employment and inflation are continuing to evolve in line with expectations, in which case a further adjustment of the federal funds rate would likely be appropriate." These statements, alongside several Fed speakers’ similar statements last week, moved the Fed Funds Futures from a 45% probability of a March increase, to start the week, to a 92% probability by Friday.

The week ahead will have several economic releases for markets to digest with Friday’s Non-Farm Payrolls report being the headliner. The estimates for the employment figures for February are at 190k, which would be down from January but not surprising given the shorter month. Factory Orders, the January final for Durable Goods Orders, and ADP private payrolls are other releases of note to watch this week.

The holiday season can be such a busy time. Between work deadlines, holiday parties, and long shopping lists to check off, the holidays tend to come and go before you can say mistletoe. Don't forget to set aside time this year to have fun and make some memories.