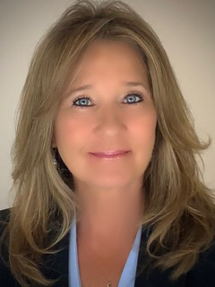 A massive new industrial project is set for development on a key 101-acre parcel fronting the 202 Freeway near Phoenix-Mesa Gateway Airport.

LaPour Partners is teaming with Scottsdale Investment Management (“SIM”) to build 1.5 million square feet of new industrial space on a parcel fronting the Loop 202 Freeway on Sossaman Road in east Mesa. The project, which is in close proximity to Phoenix-Mesa Gateway Airport, will provide a major boost to the area’s already booming industrial sector.

The new development is currently pending approval from the City of Mesa, and construction is slated to begin later this year.

“We believe this is an ideal location for a Class A large-scale industrial park thanks to the property’s proximity to the 202 Freeway, Phoenix Mesa Gateway Airport and the explosive population group that the East Valley is experiencing,” said Jeff LaPour, President and CEO of LaPour Partners. “We are excited to bring this project to market and look forward to accommodating the growth of new companies seeking the highest quality, best located buildings in the east Valley market.

“We are thrilled to be partnering with SIM,” LaPour said. “Their four decades of successful real estate investing and ownership experience in the Phoenix MSA was critical in securing the site in a very active market.”

The new development is expected to host both distribution and manufacturing uses.

“We have made targeted investments throughout the Valley in areas we felt to be most strategic, and the Mesa Gateway corridor is an area we have been bullish on for a very long time.”  said Ed Grant, Executive Vice President with SIM. “Accordingly, we wanted to develop the site and take advantage of the long-term potential the area has to offer. The opportunity to co-develop with LaPour Partners and capitalize on the fact that our firms both value quality, design and industry relationships was too good to pass up, and we’re excited about our new venture together.”

The new development is one of several new entries by Las Vegas-based LaPour Partners as they expand their overall portfolio in the Phoenix market, and marks a move into development side of the business for SIM.

“We are optimistic about the Phoenix marketplace for multiple product types and are pleased to be involved in several submarkets in the commercial real estate industry locally,” LaPour said. “We will continue looking for opportunities to expand our footprint in the Phoenix area. We’re excited for what the future of this market holds.”

East Valley on the Rise

What's your home worth?