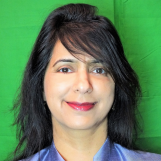 65% of home offers faced competition in March, down from 67% in February, as more buyers moved to the sidelines.

Sixty-five percent of home offers written by Redfin agents faced competition on a seasonally adjusted basis in March, down from a revised rate of 66.7% in February. That’s the first month-over-month decline since September—a sign that demand is starting to cool as soaring mortgage rates and housing prices prompt some buyers to back out of the market. Still, bidding wars remained more common than they were a year earlier, when 62.2% of offers encountered competition. On an unadjusted basis, March’s bidding-war rate was 69.3%, down from 71.9% in February.

Homebuying is as competitive and costly as ever as soaring mortgage rates make the market less inviting for many would-be sellers.

The share of home sellers who dropped their asking price shot up to a six-month-high of 15% for the four weeks ending May 1, up from 9% a year earlier. The 5.9% increase is the largest annual gain on record in Redfin’s weekly housing data back through 2015. For homebuyers, the typical monthly mortgage payment skyrocketed a record 42% to a new high during the same period. Although a growing share of sellers are responding to the palpable drop in homebuyer demand by lowering their prices, sellers remain far outnumbered by buyers, so the typical home flies off the market at the fastest pace on record and for more than its asking price.

“Homebuyers continue to be squeezed in nearly every way possible, which is causing some to take a step back from the market,” said Redfin Chief Economist Daryl Fairweather. “Unfortunately for buyers hoping to find a deal as competition cools, sellers are pulling back even faster, which is keeping the market deep in seller’s territory. So even though price drops are becoming more common, most homes are still selling above asking price and in record time.”