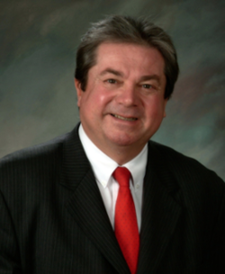 Jim has been a Realtor since 2001, representing both Buyers and Sellers to make their dreams come true.  He has a reputation for putting his client’s needs first. Taking that extra effort to “Make Their Dreams Come True.”  Jim represents both Residential and Commercial clients.

In 1988 Jim became active in local government, serving on a review board that was recognized by the County of Orange to review development in the greater Saddleback Valley area.  In 1989 he founded the RSM Civic Council, to address issues in this rapidly developing community. The vision of this organization was to “Work towards Self-Governance.”  Jim was active in the RSM Cityhood Committee working towards incorporation of Rancho Santa Margarita.

Rancho Santa Margarita incorporated on January 1, 2000.  Jim was elected to the first City Council, serving as Mayor in 2002 and also 2006.  Jim was re-elected in November 2006 to his third term on the City Council.  Jim retired from the City Council in December 2010.

Jim resides in Rancho Santa Margarita with his wife and 2 daughters.

Jim enjoys matching homes to people. If you like his style, and if he agrees to represent you as a client.  He has the passion and dedication to make this a very pleasant experience.

Jim is also a published author. In 2012 Jim published, “Anyone Looking  Out For You?”

In this book, Anyone Looking Out For You?, Jim Thor shares his knowledge and expertise helping homeowners through those harsh economic times.

Learn how to be prepared to get back on the path to personal home ownership by reducing the financial, credit and tax consequences of foreclosure through negotiated settlements.

Jim has helped many homeowners avoid foreclosure since 2007 by providing advice and service, assisting homeowners to modify the terms of their home loan so they can afford the payments, or by selling their home even when more is owed on the home than it is currently worth.

Jim has served on C.A.R, California Association of Realtors, and Is currently Key Contact for Assemblywoman Laurie Davies.