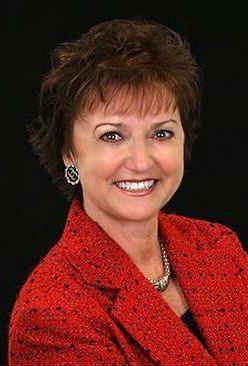 I proudly support the buyers and sellers of Palatine. Take time to browse homes for sale in this neighborhood via the link above; it is very easy to save your search and have new listings come right to you via email.

Palatine's population is 68,557, with 17,646 families residing in the city at the time of the 2010 census. Palatine is a pleasant mix of residential and commercial properties surrounded by parks and open space. It's about 26 miles northwest of downtown Chicago, providing an away-from-it-all, hometown feeling for its residents.

Award winning schools are a source of tremendous pride in Palatine. Recreation and leisure activities abound in Palatine with several community and recreation centers such as the Falcon Park and Birchwood Recreation Centers, Cutting Hall Performing Arts Center and Fred P. Hall Amphitheater. The Metra Union Pacific Northwest Line station is also in downtown Palatine making it convenient for commuters.

You’ll find a range of home styles, neighborhoods and pricing in Palatine. I am very familiar with this and other developments in Palatine and surrounding. I would love the opportunity to help you find a home that best suits your needs and criteria.

Todd Hundley, catcher with the Mets, Cubs, and Dodgers

Algonquin is a northwest suburb of Chicago, located approximately 40 miles from downtown Chicago.  The 2010 Census placed the Village's population at 30,046, growing considerably from the 2000 Census figure of 23,276. Outstanding residential neighborhoods, first-rate schools, and beautiful parks distinguish Algonquin as a quality community.

The Village of Algonquin is known as "The Gem of the Fox River Valley", since its downtown is nestled in the heart of the Illinois' Fox River Valley. Algonquin has been long known as a small river community, but has experienced considerable suburban growth over the past 20 years. The busy Randall Road corridor stretching through Algonquin has made the village a major commercial lifestyle center, with popular shopping, dining and entertainment opportunities such as the Algonquin Commons, the Algonquin Galleria, and the Esplanade.

Algonquin is a pleasant mix of residential and commercial surrounded by parks and open space. Many recreation and leisure activities abound in Algonquin with several community and recreation centers such as Riverfront Park, Fox River Trail and McHenry County Prairie Path, Algonquin Lakes and Woods Creek Nature Preserve.  The Village of Algonquin also is big on public entertainment and has been hosting events annually such as Art on the Fox, and the annual Founders' Days is the village's cornerstone festival and tradition.

The Golf Club of Illinois