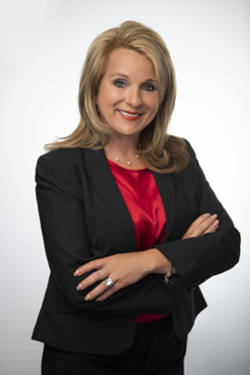 Edison Park (formerly Canfield) is one of the 77 community areas of Chicago. It is located on the North Side, Chicago, Illinois.

It consists entirely of the Edison Park neighborhood, and is named after Thomas Alva Edison,[3] who gave his blessing to this community namesake in 1890. According to the 2000 Census, its population is 11,259. Edison Park has one of the highest concentrations of Irish ancestry in Chicago, where they make up over three-fourths of the neighborhood's population.

Edison Park's settlement history dates back to 1834 and the arrival of pioneers John and Katherine Ebinger along with their 21-year-old son Christian Ebinger and his new bride, the former Barbara Ruehle. The Ebingers had emigrated from Stuttgart, Germany to Ann Arbor, Michigan, and then to Chicago seeking suitable farmland, but had found it too swampy.[4] As they traveled northwest from Chicago on the Indian trail to Milwaukee, Wisconsin (now Milwaukee Avenue), they crossed the North Branch of the Chicago River. However, their only horse was bitten by a snake and died, leaving them stranded. Consequently, the Ebingers decided to settle between what became Touhy and Devon Avenues. They laid claim to 80 acres around their single-story 12x14 foot cabin, and were soon joined by Christian's older brothers (Frederick and John) along with their sister Elizabeth and her husband John Plank. That area eventually became Niles Township, but as their joint families expanded, the Ebingers moved across Harlem Avenue into what became Maine Township. Barbara Ruehle Ebinger gave birth to a son, Christian Jr., in November 1834. He became the first white child born in the area, which became known as "Dutchman's Point" because of their German ancestry. The senior Christian Ebinger was a friend of local Native Americans in the area, among them Chief Blackhawk and Billy Caldwell. Christian Ebinger Jr. became the first minister to be ordained in their German Evangelical Association, and then was elected the Village Collector (1852), Village Assessor (1852-1865) and Highway Commissioner (1854-1858); he died in 1879, survived by seven children, including another Christian Ebinger.[5]

Eventually, Chicago grew and annexed part of Ebinger's homestead. Germans began moving into nearby Norwood Park (originally settled by English immigrants; but the German Evangelicals established a church as well as a Sunday School in the Ebinger home). Developers targeted the area circa 1868, Norwood Park incorporated out of Niles Township in 1874, and was annexed to Chicago in 1893.[6] It was a stop on the Chicago and Milwaukee Railroad (later the Chicago and Northwestern Railroad line) before Park Ridge, Illinois (in Maine Township and also partly from what was once Ebinger property), and became a streetcar suburb in the 20th century.[7] Today, its oldest church building, a frame construction dating from 1894 and now known as One Hope United Methodist Church, traces its ministry's beginnings to Christian Ebinger (Methodists having united with the historic United Brethren congregation circa 1960), and a modern Ebinger descendant became a Methodist pastor near Baltimore, Maryland.[8][9]

Adjacent to the north, Edison Park (originally known as "Canfield") also developed around an intermediate railway stop between Norwood Park and Park Ridge.[10][8] It incorporated as a village in 1881[11] and developers promoted the availability of electricity; with the blessing of Thomas Alva Edison it renamed itself Edison Park in 1890.[3] Chicago annexed Edison Park on November 8, 1910.[12] A local public elementary school was named after Christian Ebinger.[13] According to the 2000 Census discussed below, Edison Park's population is 11,259.