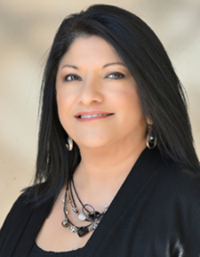 The Illinois city of Aurora is located about 42 miles west of Chicago along the Illinois East/West Tollway Corridor. Although traditionally considered as belonging to Kane County, the city limits of Aurora actually span portions of four counties (the others being DuPage, Kendall, and Will Counties). Nearby communities include Geneva (to the north), De Kalb (to the west), Oswego (to the south), and Woodridge (to the east). Illinois State Highway 31 bisects the city, which is also serviced by State Highway 56 and U.S. Routes 30 and 34.

Aurora is replete with attractions, including several museums and theaters, a casino, water parks, and trails for many types of outdoor recreation. The Hollywood Casino, which features over 53,000 square feet of gaming space and includes two restaurants and a robust collection of movie memorabilia, is located in downtown Aurora. Also in the city's downtown area is the Paramount Arts Centre, a large live performance theater built in 1931 in a unique hybrid of Art Deco and French Renaissance. Other year-round theater venues in the city include the First Street Playhouse and the Riverfront Playhouse.

Batavia, Illinois, in Kane county, is 7 miles North of Aurora, IL and 34 miles West of Chicago, IL. Batavia was first settled in 1833. Christopher Payne was one of its early settlers. At that time, the area was known as the "Head of Big Woods." Judge Isaac Wilson renamed the area Batavia, after his native land in New York. Though there were several windmill factories and farms in Batavia, the Newton Wagon Company was the first large factory built in this area in 1854.

Batavia offers a number of recreational facilities for its residents and visitors. The Big Woods Park, Prairie Lathem Park, Highlands Park, Engstrom Park, Vanburen Park, and Quarry Park are some of the local parks. The Holy Cross Church and the amusement park, at the Funway Ultimate Entertainment Center, are worth visiting. The Braeburn Marsh County Forest Preserve offers several scenic trails.

Carol Stream, Illinois, in Du Page county, is 4 miles North of Wheaton, IL (center to center) and 25 miles West of Chicago, IL. Vermonter Daniel Kelley purchased 1,400 acres of the land in 1844. Kelley donated some of the land for the Chicago and Great Western Railway. The village of Carol Stream was founded in 1959 by a military veteran called Jay Stream. In fact, the village was named after Carol Stream, the daughter of Jay Stream. The first village board meeting was held on February 12, 1959.

While staying in Carol Stream you can opt for a family day trip to the DuPage County Forest Preserve. The village also includes approximately 36 parks and playgrounds. In addition, the village offers a skate park, outdoor water park, mini - golf course, indoor pool, and two recreation centers. Golf enthusiasts can also spend their leisure time at the Klein Creek Golf Club and Coyote Crossing. Hiking and biking can be enjoyed at the scenic Illinois Prairie Path.

The area now known as Geneva was originally inhabited by the Prairie and Illinois Pottawatomi tribes. The first modern settler, Daniel Shaw Haight, arrived in this area in 1830. He built a cabin near the Fox Area and settled down there. The settlement was named Big Spring. Haight sold his claim to James and Charity Herrington in 1835. The Herringtons played a significant role in the establishment of the town of Geneva. It was incorporated as a city in 1887.

Geneva is reputed as a tourist destination. It is located in a scenic area along the Fox River. It is a lively city with several shops and restaurants. It also has an extensive bike trail which includes portions of the Fox River Trail. The Geneva Park District includes 50 parks and is spread over 700 acres. It offers approximately 3,000 programs annually. In addition, the park district also offers playgrounds, bike/pedestrian trails, a recreation center, and a skate park.

Montgomery is a growing community quietly nestled along both banks of the Fox River in Kane and Kendall counties in Illinois, just south of Aurora and about 40 miles west of Chicago. Montgomery was founded in 1835 and incorporated as a Village in 1858. Montgomery’s founder, Daniel Gray, selected the name in honor of his home in Montgomery County, New York.

The stone grist mill built by Gray in 1853 has been beautifully restored and is listed in the National Register of Historic Places. The Village is located along the banks of the Fox River in Kane and Kendall counties. Montgomery boasts many acres of parkland and open spaces alongside well-tended subdivisions and vibrant, comfortable living areas.

North Aurora, Illinois, in Kane county, is 3 miles NorthWest of Aurora and 35 miles West of Chicago.  North Aurora was initially known as "Schneider's Mill" or "Schneider's Crossing." The foundation of the village was laid in 1834 by John Peter Schneider, a German immigrant who also established a mill and dam on the Fox River. Schneider Elementary School in North Aurora is named after him.

Located 50 miles southwest of Chicago, Oswego is well situated at the southern end of the Fox River Valley in Kendall County, Illinois. Oswego offered an easy crossing over the Fox River near a ford near the mouth of Waubonsee Creek and the first permanent European settlers arrived in the Oswego area in 1833. The Village was platted in 1835 and incorporated in 1852. Oswego is a Mohawk Indian word meaning "mouth of the stream."

The Starved Rock State Park offers breathtaking views of the Illinois River along with many popular nature trails. Fishing, boating, camping and horseback riding are some of the most popular activities. Furthermore the Silver Springs State Fish and Wildlife Park has facilities for hunting, fishing, picnicking, hiking, canoeing, snowmobiling, cross country skiing and sledding.

St. Charles, Illinois, in DuPage and Kane counties, is 35 miles West of Chicago. The city of St. Charles offers travelers the opportunity to visit a number of historical sites and museums. The glass house built by Ludwig Mies van der Rohe in 1951, called the Farnsworth House, is a stunning example of modernist architecture. The Dunham Hunt Museum, Saint Charles Historical Museum, Batavia Depot Museum, Garfield Farm Museum, and Fabyan Villa Museum are all worth visiting. One can also visit the numerous business parks and industrial areas in St. Charles. The churches and cemeteries around the city are reminiscent of the bygone era. The banks of Saint Charles South Lake and Ferson Creek are popular tourist haunts. In addition, there are a large number of shopping plazas, parks, and a golf course where visitors can spend a relaxed, fun-filled day.

The City of Warrenville, located approximately 30 miles west of the City of Chicago, is recognized as a small, hometown refuge nestled in the center of the dynamic and nationally recognized research and development corridor that runs through DuPage County, Illinois. It's a town where families can enjoy a safe, clean, aesthetic way of life and businesses benefit from a community that is open for business. Warrenville's location at the Winfield Road interchange on I-88 connects to a network of County roads, which provide easy access to both homes and businesses. Warrenville’s population is 13,140.

The City of Warrenville boasts of many attractions. The downtown area is famous for its shopping and dining facilities, as well as for the exquisite bronze sculptures on the public buildings. The Ferry Creek Wetlands Restoration is a great place to relax or go hiking. There are several parks and forest preserves, which perfectly blend in with the city and provide opportunities for a range of activities.

Wheaton, Illinois, in Du Page county, is 24 miles West of Chicago, IL. The modern day city of Wheaton was founded around 1836-37. The area was named after Warren L. Wheaton and Jesse C. Wheaton, its early settlers. Wheaton was surveyed in 1853 and incorporated in 1859. Warren Wheaton became the first President.The city of Wheaton offers approximately 800 acres of park area for its residents and visitors. You can visit Cosley Zoo, Lincoln Marsh, Danada Forest Preserve and Equestrian Center during your leisure hours. The Rice Pool and Water Park offers three water slides. Golf can be enjoyed at Cantigny Park and Golf Course and Chicago Golf Club. The city is also home to the DuPage County Fairgrounds. You can also visit Wheaton Grand Theater.

The Village of Winfield, Illinois is a vibrant community known for its quiet neighborhoods and bustling business districts. With many community groups, places to worship, and cultural activities. The Village Board looks forward to the proven benefits that come with a regional trail, including physical activity, enjoyment of nature, and local spending. Efforts are now underway to seek grant funding to develop adjoining park and plaza amenities within the Town Center segment of the trail.

Located in Kendall county, Yorkville, Illinois, is 11 miles SouthWest of Aurora, IL and 43 miles West of Chicago. Yorkville was formed in 1841, and selected to a seat on the county. The first settlers came to the present-day territory of Yorkville in 1836. Initially, the village of Yorkville comprised of two towns - Bristol to the north of the Fox River, and Yorkville to the south of the river - with two separate governments. In 1957, both the towns merged to become the United City of Yorkville.

The historic Lyon Farm and Village is close by. The Farnsworth House, built in 1951 by Ludwig Mies Van der Rohe is also in the area. The Silver Springs State Fish and Wildlife Area provides outdoor activities such as fishing, boating and camping. There are several museums in and around Yorkville, including the Batavia Depot Museum, DuPage Children's Museum, and Fabyan Villa Museum. In addition, the city celebrates local festivals such as the Kendall County Fair in August, and the Promenade of the Arts Fine Arts Festival in June.