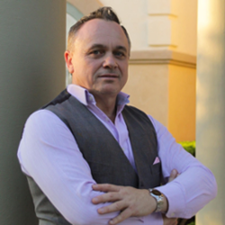 Aliante is a master plan community located at the outer tip of the city of North Las Vegas .You can explore through this area by way of the Aliante Parkway as well as the northern portion of the I-215 freeway.

Anthem is a master-planned community in Henderson, Nevada, part of the Las Vegas Valley. It was developed by Del Webb Corporation, and opened in 1998.It includes Anthem Country Club, Sun City Anthem, Anthem Highlands and Madeira Canyon. Located at the base of the Black Mountains, it's convenient to shopping and City life but feels as if it's a world away.

Ascaya is a collection of 313 luxury estate homesites poised atop a monument of spiraling stone. Rising nearly 1,000 feet above the valley floor to a total elevation of more than 3,000 feet, the homesites have been carefully orchestrated to welcome the most impressive views of the entire Las Vegas valley. Ascaya’s prime location is the premier choice in next-generation upscale custom homes and its exacting standards will usher in a new era of Las Vegas luxury living.

Old Henderson is a neighborhood in Henderson, Nevada. Old Henderson mostly features cozy homes that are very reasonably priced. This is a well-established community that continues to attract interest from buyers looking in the Henderson area.

The crown jewel of Summerlin in Las Vegas, the village of The Ridges is arguably the most renowned community in all of Southern Nevada. Situated amidst rising terrain at the foothills to glorious Red Rock Conservation Area, The Ridges commands some of the highest altitude and best views in the entire Las Vegas valley. Nested within this exclusive setting is Bear's Best Golf Course, rigorously designed by Jack Nicklaus and replicated upon eighteen of his favorite golf courses throughout North America.

Seven Hills is a master-planned community located in Henderson, Nevada. Seven Hills is approximately 12 miles from the Las Vegas Strip. It is home to the Rio Secco Golf Club and home to Butch Harmon School of Golf. The community is located half of a mile east of the Henderson Executive Airport.

Summerlin is a master-planned community in the Las Vegas Valley of Southern Nevada. It lies at the edge of the Spring Mountains and Red Rock Canyon to the west; it is partly within the official city limits of Las Vegas and partly within unincorporated Clark County.