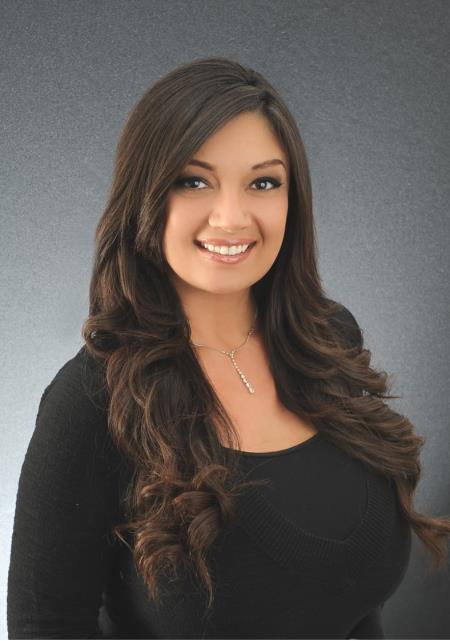 ↑Click City Link Above For Active Listings in Aliso Viejo

With award-winning schools, attractive neighborhoods, and fabulous shopping, dining and entertainment, Aliso Viejo is certainly a popular place to live. The City, which is continually ranked one of the safest cities in the nation, boasts rolling hillside, valley terrain and picturesque views of mountains, streams, parks and city lights.

This South County city became Orange County’s 34th city when it incorporated on July 1, 2001 due to the efforts of the Aliso Viejo Cityhood 2000 Committee, which was responsible for introducing an initiative on the ballot for the 2001 special election. Voters passed the initiative with 93.3% in favor of incorporation.

The City of Aliso Viejo is a master planned community that was developed to contain a balance between residential neighborhoods, community parks, facilities and schools as well as an appropriate mix of business, office and retail uses. The City is home to the headquarters of several large corporations and the community features ample employment opportunities and extensive recreational facilities. The City also enjoys access to the Orange County trail system. Wood Canyon Wilderness Park is home to many rare and endangered plants and animals, along with mature oaks, sycamore and elderberry trees and year-round streams. An abundance of parks and trails, cultural and recreational activities and youth sports programs further enhance the quality of life for a community with a vision to ensure long-term viability.

As a general law city, the City of Aliso Viejo develops policies and procedures in accordance with California State law. Aliso Viejo contracts for many of its services including police, fire, legal, public works, engineering, code enforcement, building & safety, street maintenance and street sweeping. Additional City-contracted services include animal care, and trash pick up. Library services are provided by the Orange County Library System. Landscape maintenance of most slopes, medians, and parks are administered by AVCA, with the exception of Iglesia Park, which the City owns. The City and AVCA share in the responsibility of providing an array of outstanding recreational programs, special events and activities to the community.

The community name derives from Spanish for “old alder” or “old sycamore.”

Aliso Viejo was originally part of the 22,000-acre Moulton Ranch. In the 1890s, the Moulton family took ownership of land the Mexican government originally granted to Juan Avila in 1842. In 1976, Mission Viejo Company purchased the last 6,600 acres for a new master-planned community. The ultimate vision for Aliso Viejo was to feature neighborhoods that mix homes, workplaces, stores and services. A transit-friendly, energy-conscious and land-conserving community, Aliso Viejo was to foster a sense of community by creating a friendlier streetscape, quality infrastructure like parks, schools  roads, shopping close to home, community services and neighbors that genuinely feel connected to the community and to one another in some fashion.

The county approved the master plan for the community in 1979 – and by March of 1982 – the first residential units were offered for sale. About eight months later, the first residents arrived. Shea Properties purchased the Mission Viejo Company in 1997.

Posted in About Aliso Viejo.

↑Click City Link Above For Active Listings in Laguna Niguel

would eventually control over 19,000 acres of local ranch land.

The genesis of today’s Laguna Niguel was the establishment of the Laguna Niguel Corporation in 1959 by Cabot, Cabot and Forbes, making it one of the first master planned communities in California. The firm of Victor Gruen and Associates was retained to develop a detailed community plan for the approximately 7,100-acre site. Land sales started to occur in 1961 in Monarch Bay and Laguna Terrace subdivisions. Avco Community Developer acquired the Laguna Niguel Plan in 1971 and initiated development as set forth in the original Master Plan.

In 1986, Laguna Niguel residents, looking for local governance, took the first step toward cityhood by forming a Community Services District. Three years later, on November 7, 1989, 89% of the voters favored incorporation and on December 1, 1989, Laguna Niguel became the 29th city in Orange County.

↑Click City Link Above For Active Listings in San Clemente 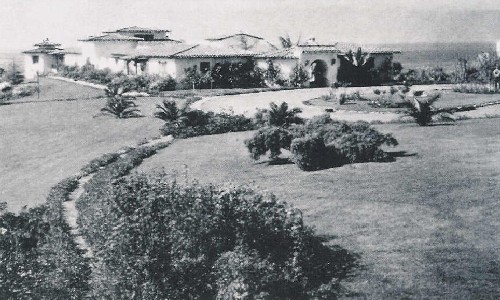 San Clemente residents often think of their town as paradise—where the 1920’s vision of a Spanish Village by the Sea still lingers, the sun shines 342 days a year and the conveniences of metropolitan Southern California are balanced by fresh ocean air and beaches untouched by time. Just 75 years ago, most of the coastal land between Los Angeles and San Diego was no more than barren rolling hills covered with mustard and sagebrush. San Clemente was no exception.

A unique combination of personality, foresight, luck, and a good dose of marketing savvy transformed this stretch of land. But unlike so many other communities in the region, San Clemente’s geographical isolation helped protect its small-town charm from the homogeneous urban sprawl that permeates so much of this region.

As town founder Ole Hanson said in the late 1920s, “I get credit for building San Clemente. I am doing my best, but San Clemente’s development was as natural as a well-watered and fertilized tree to grow. It is on the coast. Its climate is superb. It is far enough from San Diego and Los Angeles to fill a real necessity. Besides, people love the beautiful things.”

People indeed love beautiful places and the boom in San Clemente’s population, this year reaching 67,892 in this 80 year-old community, reflects the popularity of San Clemente and the development that has transformed all of Orange County in the past century.

However, San Clemente started and has evolved differently than many of its neighboring communities.

San Clemente was among the first master planned communities built from totally open land in the United States. Before erecting a single structure on the rolling coastal hills, Ole Hanson laid out an expansive plan based on the Spanish Colonial architectural style including restaurants, a clubhouse, residences, public parks, a public pool, a fishing pier, and even equestrian trails.

In fact, his initial plan submission to the Orange County Board of Supervisors was rejected—the Board simply couldn’t imagine funding public streets when no building had yet been built.

But that didn’t stop Hanson. He opted to retain ownership of the roads, and in a stroke of marketing genius (or perhaps deception) Hanson whitewashed the unpaved roads to make them appear as clean, new concrete in the aerial photos he commissioned for his marketing brochures.

Hanson did not allow deviation from his Spanish Village dream. On a rainy day in December 1925, Ole Hanson managed to attract 600 people from Los Angeles and beyond to hear his real estate spiel. He chartered luxury limousines to transport prospective buyers; others were attracted by the free hot meals that accompanied his presentation. That was the birth of San Clemente, when average lots sold for $300. Prime lots went for $1,500. Within the first six months, Hanson set a record by selling 1,200 lots. Hanson was as “hands-on” as land developers get. Every home ownership deed mandated that residents comply with stringent Spanish Colonial Revival style guidelines, enforcing uniform handmade red tile roofs and whitewashed stucco walls. A tile and wrought iron foundry was even established in town to meet the needs of the rapidly growing community. Hanson did not allow deviation from his Spanish Village dream. In fact, if a home was built that didn’t comply with his guidelines, he would either pay for its remodeling or purchase it himself to rebuild in accordance.

Today, the Spanish Village by the Sea is more heterogeneous than Hanson had envisioned, but historic homeowners and current planning and development all reflect increasing esteem for his red-roofed, white-walled Spanish architecture dream.

As San Clemente grows, people increasingly look to the past to anchor their sense of local identity.

Historic homeowners must abide by city codes that protect the aesthetic spirit and style of early San Clemente. New development east of the 5 freeway now elevates Spanish Colonial Revival architecture to new interpretations, incorporating red roofs, balconies, and promenades as the demographics of San Clemente shift and new residents are drawn to the Mediterranean charm of this community. City development officials have leveraged new growth to funnel money into programs that reinvigorate and restore the historic downtown.

Casa Romantica Cultural Center and Gardens Perhaps the best example of San Clemente’s increasing appreciation for its past is the exciting restoration underway at the Casa Romantica, which was Ole Hanson’s bluff top home at the time of the City’s founding. The Casa Romantica was completed in 1928, and after Hanson lost it to the bank during the Great Depression, the Casa passed through various owners. The wear and tear of time and neglect took its toll and at one point the outstanding landmark seemed destined for demolition. Fortunately, a group of local activists pushed hard for the Casa Romantica’s rescue, and directed its destiny away from commercial alternatives and toward a use that will benefit all of the community—that of a Cultural Center and Gardens.

The Casa Romantica project has garnered attention from a wide-range of San Clementeans. In addition to the lengthy list of donors who are funding its restoration, nearly 100 residents have offered to volunteer as the future site of performing and visual arts, educational programs, and world-class gardens.

Tustin has historically been a center of education in Orange County, and today continues its bright heritage with a fine program of outstanding teachers and facilities.