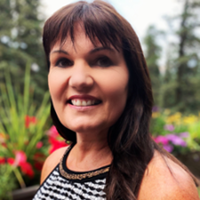 The third Monday in February in the U.S. is observed as a legal holiday in honor of President’s Day because it is close to the birthdays of George Washington and Abraham Lincoln. Happy Birthday George and Abe!
AND Happy Presidents’ Day!

George and Abe were memorialized on Mount Rushmore along with 2 other presidents, Theodore Roosevelt and Thomas Jefferson. Thomas Jefferson appears on one of the most unique bills in U.S. History, the $2 bill!

Like the rare $2 bill, a realtor that goes above and beyond to provide top notch service can be hard to find. We’d like to go above and beyond for you by sharing our over 28 years of service and experience to create a rare and exceptional experience for you. Our business is built 100% on referrals, so if you or anyone you know is looking to buy or sell, thanks for referring them our way!

Wishing you a Happy President’s Day!